A change from all things orange, preserved grapes from a recipe by Hannah Woolley, sometime in the 1660s. I wanted to try this recipe as grapes are easy to come by (unlike the quinces called for in so many jam recipes of that period) and because it uses apples for the pectin.

"Take your fairest white grapes and pick them from the stalks, then stone them carefully and save the Juice, then take a pound of Grapes, a pound of fine sugar, and a pint of water wherin slices Pippins have been boiled, strain that water, and with your Sugar and that make a Syrup, when it is well scummed put in your Grapes, and boil them very fast, and when you see they are as clear as glass, and that the Syrup will jelly, put them into Glasses."I

I boiled one medium sized apple, sliced, in a pint of water for around 45 minutes until the water was yellow, but not cloudy.  I drained the water off and topped it back up to half a pint.  I didn't squeeze the apples as this would have made the jam cloudy. 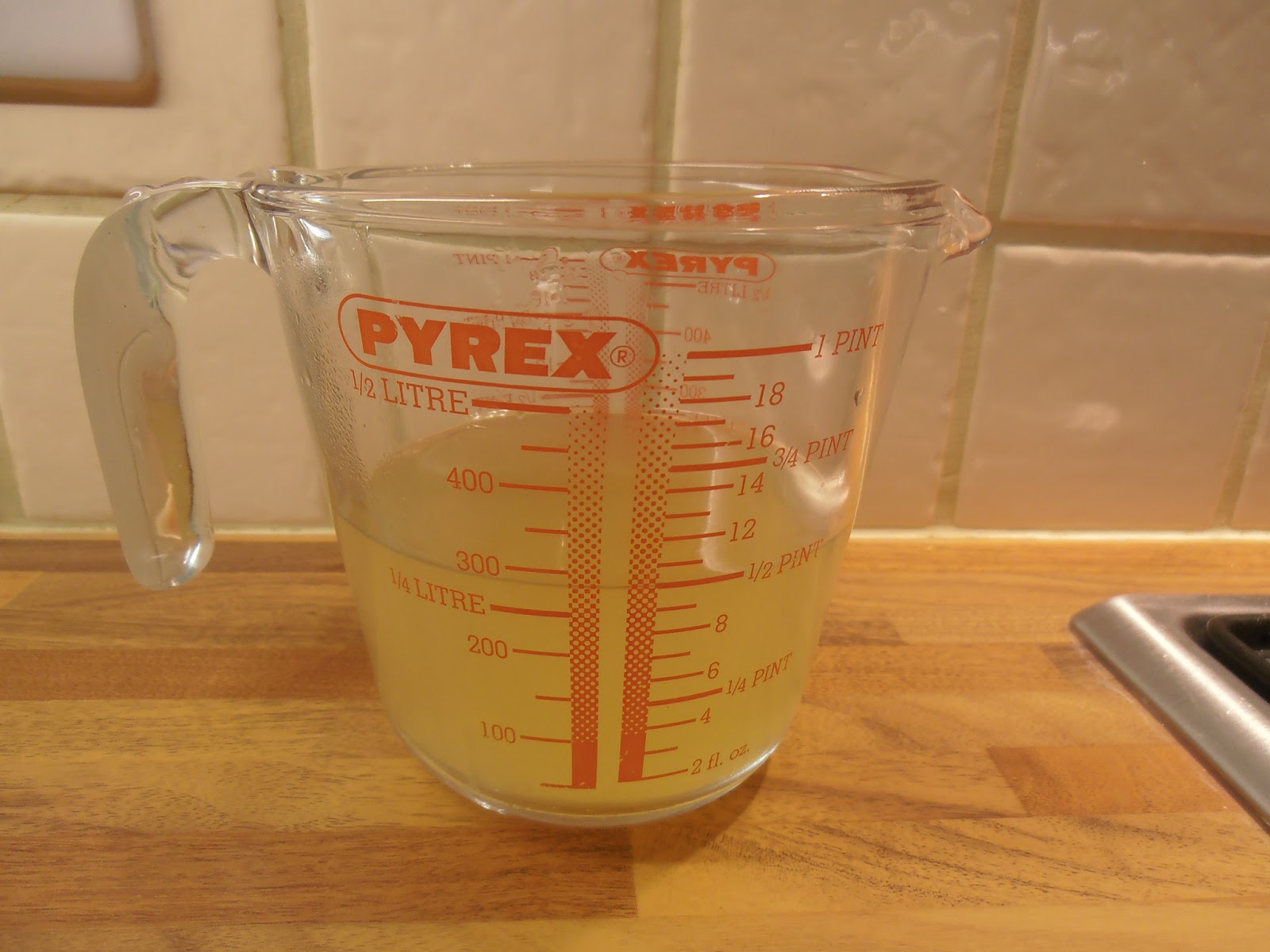 Then I boiled the apple water with half a pound of sugar, stirring until all the sugar is dissolved.  I then added the grapes and followed the recipe.  I used seedless grapes but did cut them in half.  After about 20 minutes of fast boiling the mix looked like the picture below.  Not exactly clear as glass but then some glass of the period was less clear than what we are used to today. 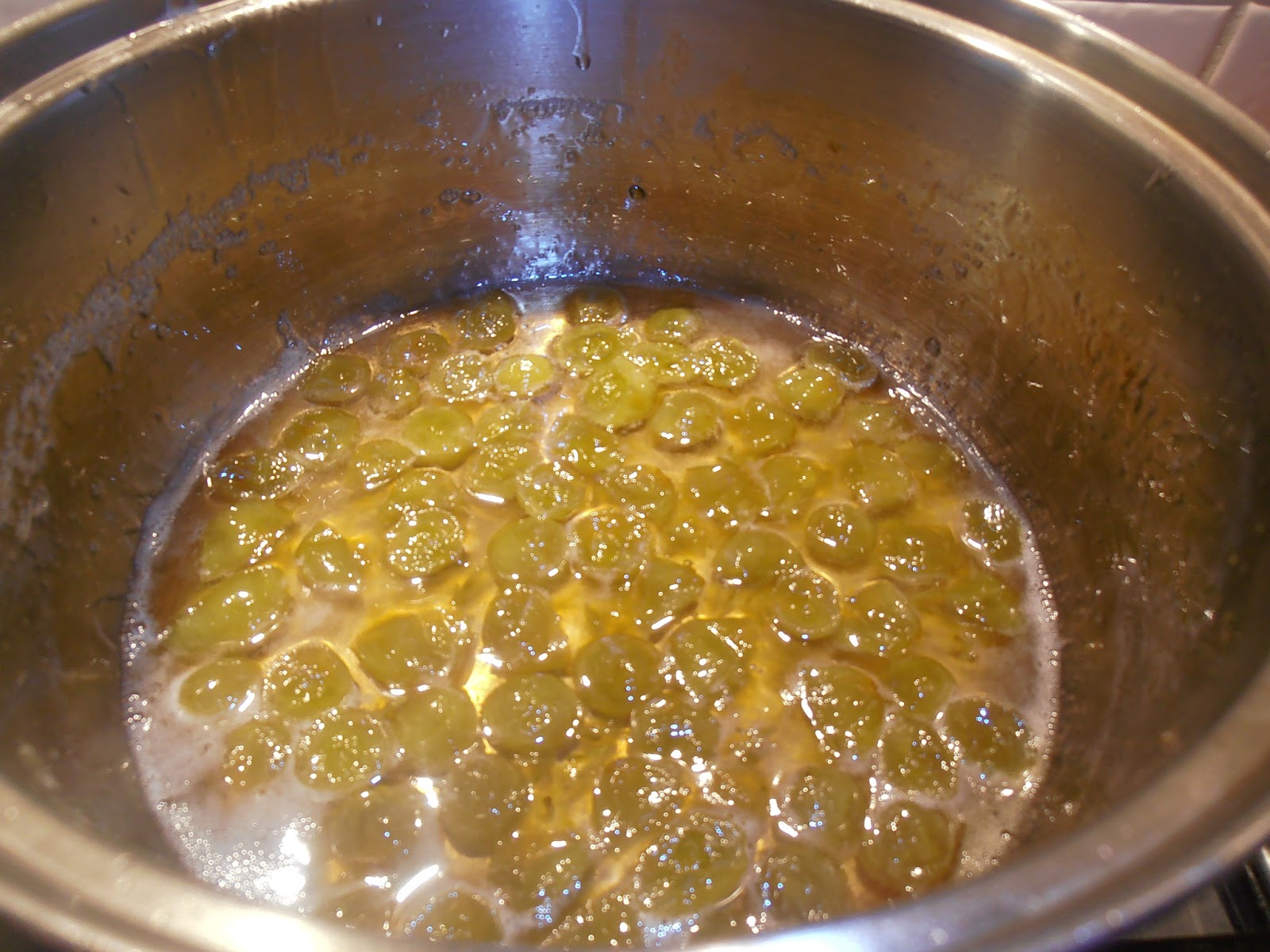 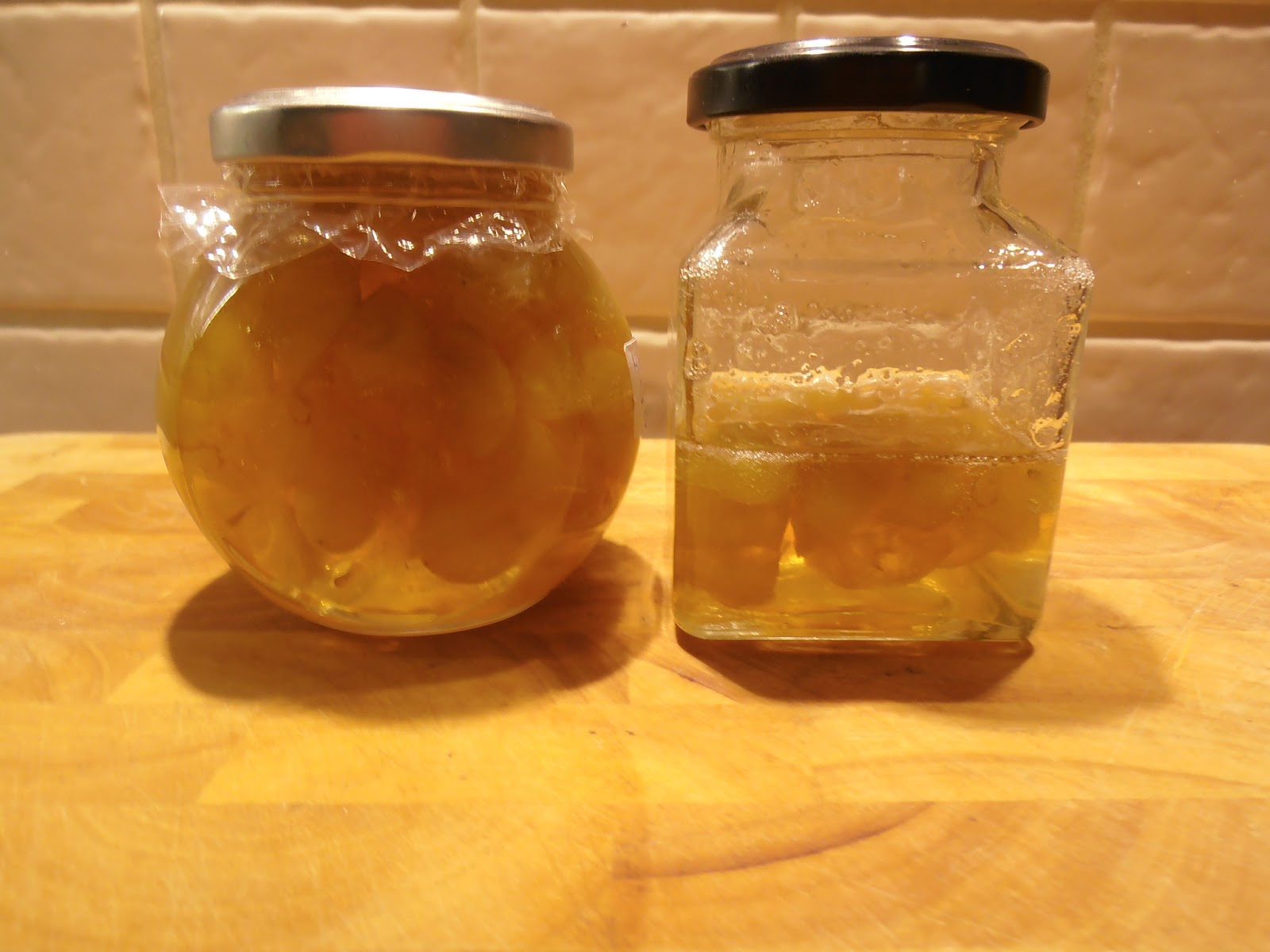 And here we have the results, halved grapes in a jam or syrup. The fruit stayed quite firm and had I not halved the fruit it would have been almost complete.  The question really is whether Hannah Woolley was able to de-stone grapes and still leave them intact or whether she chopped them in half as well.

Flavour, I must say that while this looks quite pretty, the photo doesn't do the lovely pale green colour justice, it didn't taste of very much at all.  Admittedly I like a thick chunk of wholemeal toast for my breakfast and the strong taste of the bread probably didn't help.  I think that this might make a very elegant addition to a scone and cream or a lovely filling in an otherwise simple sponge cake.

If you only had access to grapes for a very few weeks of the year then this would give you a light grape flavour for the rest of the year, if you could afford the sugar. 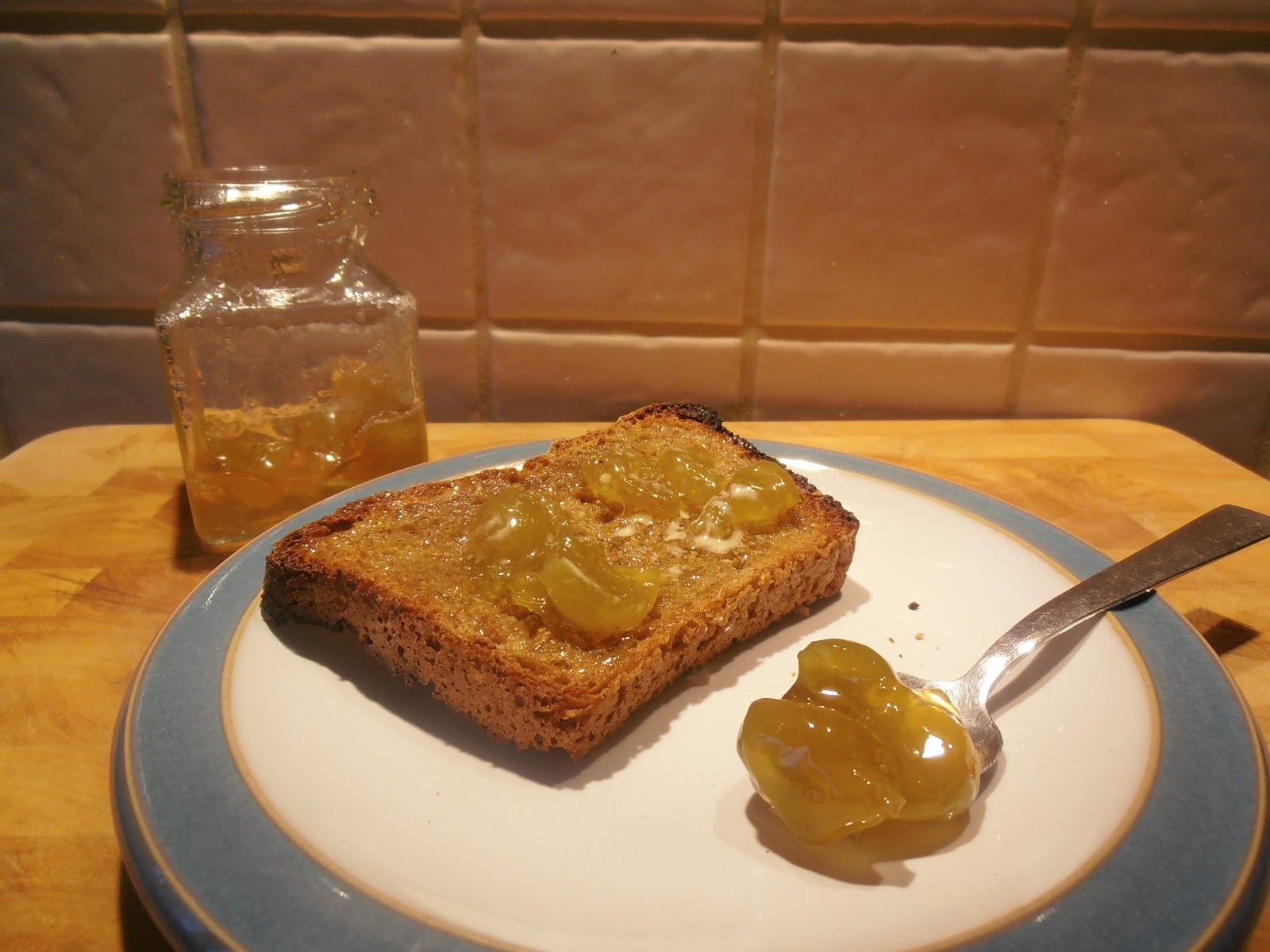