A long post but with lots of information, I hope.

This post is for anyone with a friendship cake, it went around our village 2 years ago so I am not sure that many people will still be faithfully keeping theirs going.  I was given mine by a friend and it came with a full page of care and cooking instructions, copied by a very wobbly photocopier.  The instructions were clear, concise and worked, which when all is said and done, is what you want in a recipe.  The best bit was that the cake tasted lovely, not too sweet and with some real depth of flavour.  I managed to keep it up for about three weeks before I decided it was too much effort and that it was time to start experimenting with the instructions.

After lengthy stays in my fridge and freezer and a varied diet of every sort of milk, flour and sugar that I have had in the house I can now say that my friendship cake, otherwise known as Herman, is nowhere near as delicate or fussy as the original instructions suggest.   It is possible to leave it alone for a long time with no dire consequences, you can adjust the quantities to make a lot less.  Lastly, it is possible to use this not just as a flavour enhancer, there is enough yeast to use the starter as a sour dough and use it to leaven your cake without any other rising agents.  Here goes..... 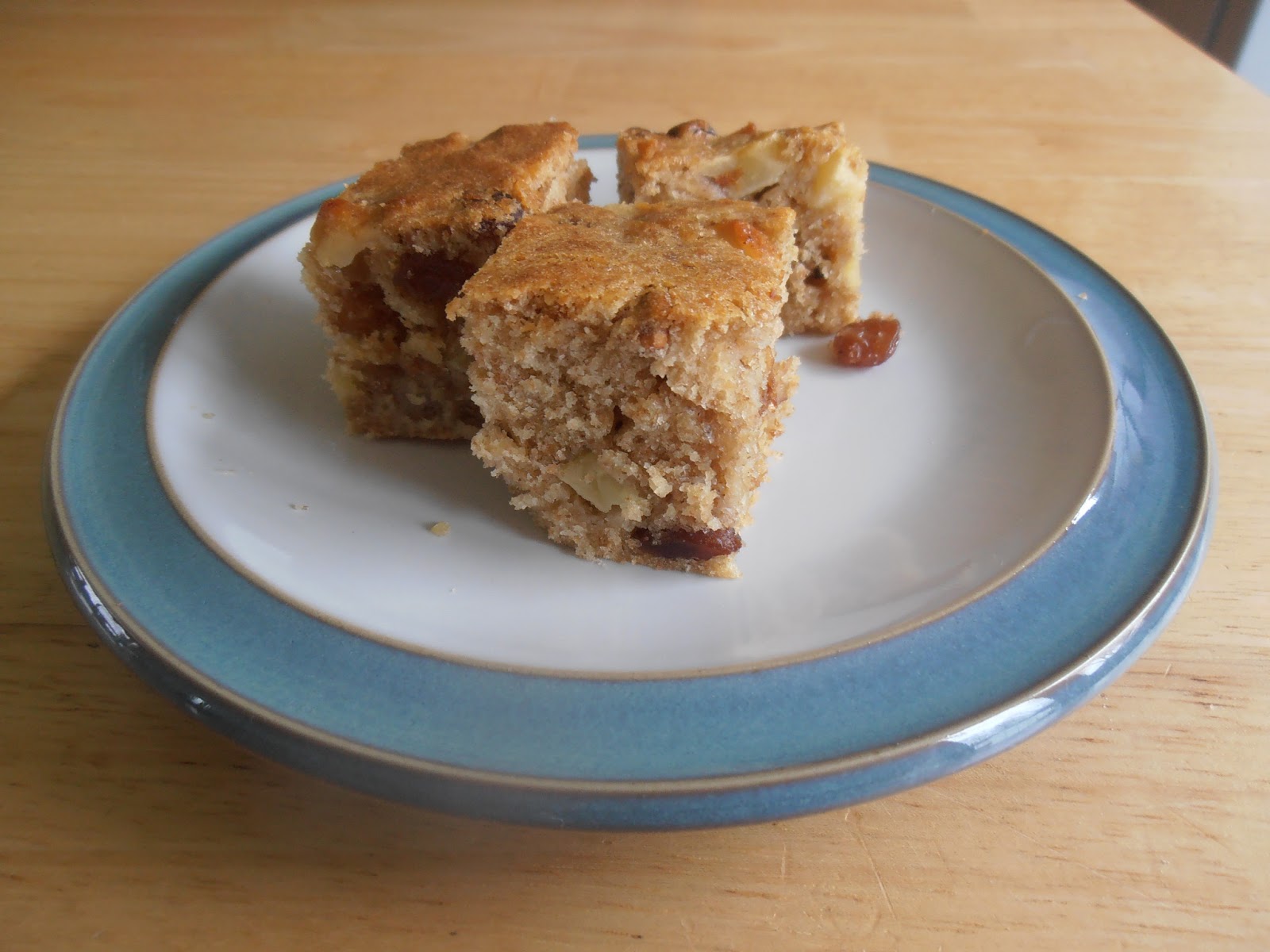 My version of the sour dough recipe

First up, some notes.

So, with all this in mind....here are my suggested instructions for Herman, the Friendship Cake

Day 1  Receive your lovely new pot of cake mix, bubbling away merrily and giving off a fainly sour, beery smell.
Put it in the fridge, covered for a few days until you have time to sort it all out.
Take it out of fridge and leave overnight, still covered, in a warm kitchen.

Feed with 1 tea cup each of flour, sugar and milk.
Cover again and leave somewhere warm for at least 3 days to ferment.
It will bubble up quite a lot so make sure it is in a large enough tub.
Weigh out around 200 grams of mix and use this to make the cake.
Leave the rest in the tub or pot, feed again with more milk, flour and sugar and pop it in the fridge again.

To make a cake without added raising agent..
Take your 200g of mix and add 1 cup of flour,
Stir well (it will be quite stiff)
Cover with a tea towell and leave for a few hours or over night.  This is making a sour dough sponge where the yeast is multiplying in the flour.
Next day add all other over ingredients, stir well and put in a tin.
Leave to rest somewhere warm until you see some bubbles coming to the surface, this will take about an hour or two.
Then bake as normal.
If all goes well, then the cake should rise in just the same way as if it had baking powder added or was made with self raising flour.

This is for the ladies of the Christ Church Ladies Group, and anyone else who would like to try a new way for making jam.

In 1603 a Lady called Elinor Fettiplace started a recipe book for own use.  It included recipes for medicines as well as food, many of which were donated by her friends and relatives. In the mid 1970's it was discovered by Hilary Spurling in an attic belonging to her husband's aunt.

After years of tracing the family right back to Elinor, although I think not directly, and cooking the recipes, Hilary Spurling published "Elinor Fettiplace's Receipt Book."  I have taken this jam recipe from Elinor and have used it so far for black currents, strawberries and plums.

"Take to every pound of plums a pound of sugar, then beat it smal, & put so much water to is as will wet it, then boyle it till it bee sugar againe, then put in the plums, & let them boile very softlie, till they be doone, then when they bee cold put them up, if they begin to grown then set them where fire is in a cupboard; you may doe respis this way & gooseberries, but you mush boyle them verie soft, & not put them up till they bee cold, & likewise may Cherries bee doone as your gooseberries & respis."


In other words,
Take 1lb of plums, wash, dry, chop up and de-stone
Mix 1lb of sugar with 1/4 pint of water
Gentle heat and stir until all the sugar has dissolved
Then turn up the heat and boil rapidly until it is 115 degree Celsius or until a small amount dropped into a glass of water forms a soft ball with very little or no tail.
Take of the heat and stir hard until the sugar crystallises.  If necessary put your saucepan in a large bowl of sink or cold water and keep stirring, that will cause the crystallisation you want.
Add you plums
Put back onto a very low heat
The still hot sugar will gently warm the plums and cause the juice to flow
As more juice flows, the sugar will dissolve again
Stir gently from time to time (or chip away at the sugar) and gradually you will get a jam like mixture
Keep going with the gentle heat and stirring until a setting point is reached.

To check setting point:
Drop a small amount onto a cold plate and leave for a minute or two. Gently push the jam with your finger.  If it wrinkles on top then it is ready to set.  If it doesn't, boil or in this case warm gently, for another 5 minutes.

Notes:
If it doesn't set quick enough then you can bring it to the boil but that might depend on how much time you have.
Once it is bottled I found that larger jars can take up to several days to set fully while smaller ones should set overnight.  I don't know why.

If it doesn't set in the jar then you can empty them out and re-boil, or store the jam jars in the freezer until you are ready to use them

One day I will try and do a post of ways to you can use up jam that has gone wrong, or rather still tastes fantastic but hasn't reached a perfect setting point.

Grow your own ingredients

You don't have to read very far through a 17th century cookery book to realise that if you want to try out some of the recipes then you are going to have to get your gardening gloves on.

This year I am hoping to try pickled nasturtium buds and green pudding with marigold flowers.  I have bought the seeds.  I managed to dig over a flower bed during a freak afternoon when the sun actually shone and both my children played nicely for 2 whole hours.  All I need now is a bit of warmth! Hear that weather, we need sunshine and heat or else gardeners and farmers in this country are not going to be growing very much at all.

I did want to try preserving broom flowers, the local garden centre had some nice, compact plants that were about to come into flower some weeks ago now but there was no point buying one as the ground was way too cold to dig.
Posted by Unknown at 15:54 No comments: